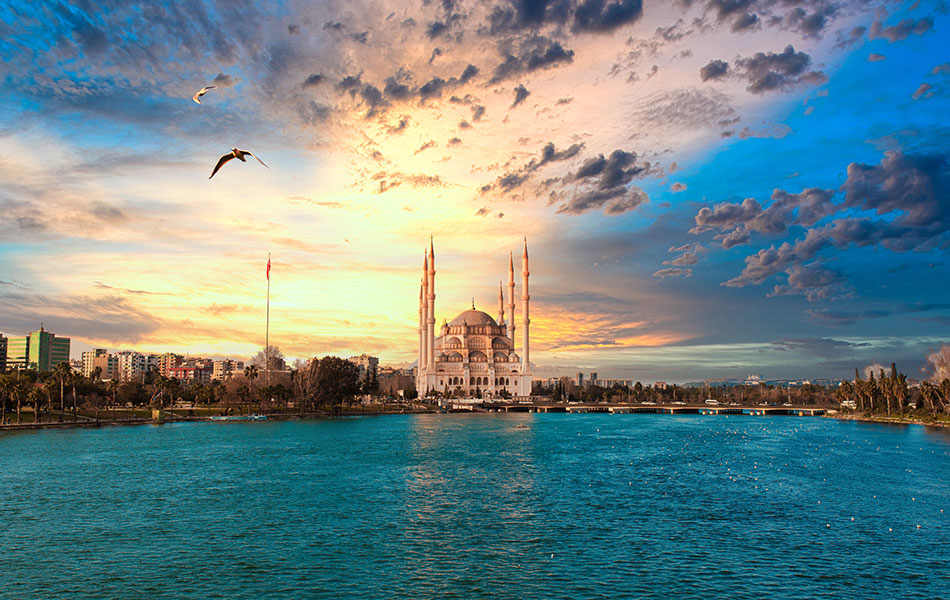 Enjoy our car rental service with places to visit, cuisine, rich culture and deep-rooted history in Adana, which has its back to the Taurus Mountains and has a unique location next to the Seyhan River 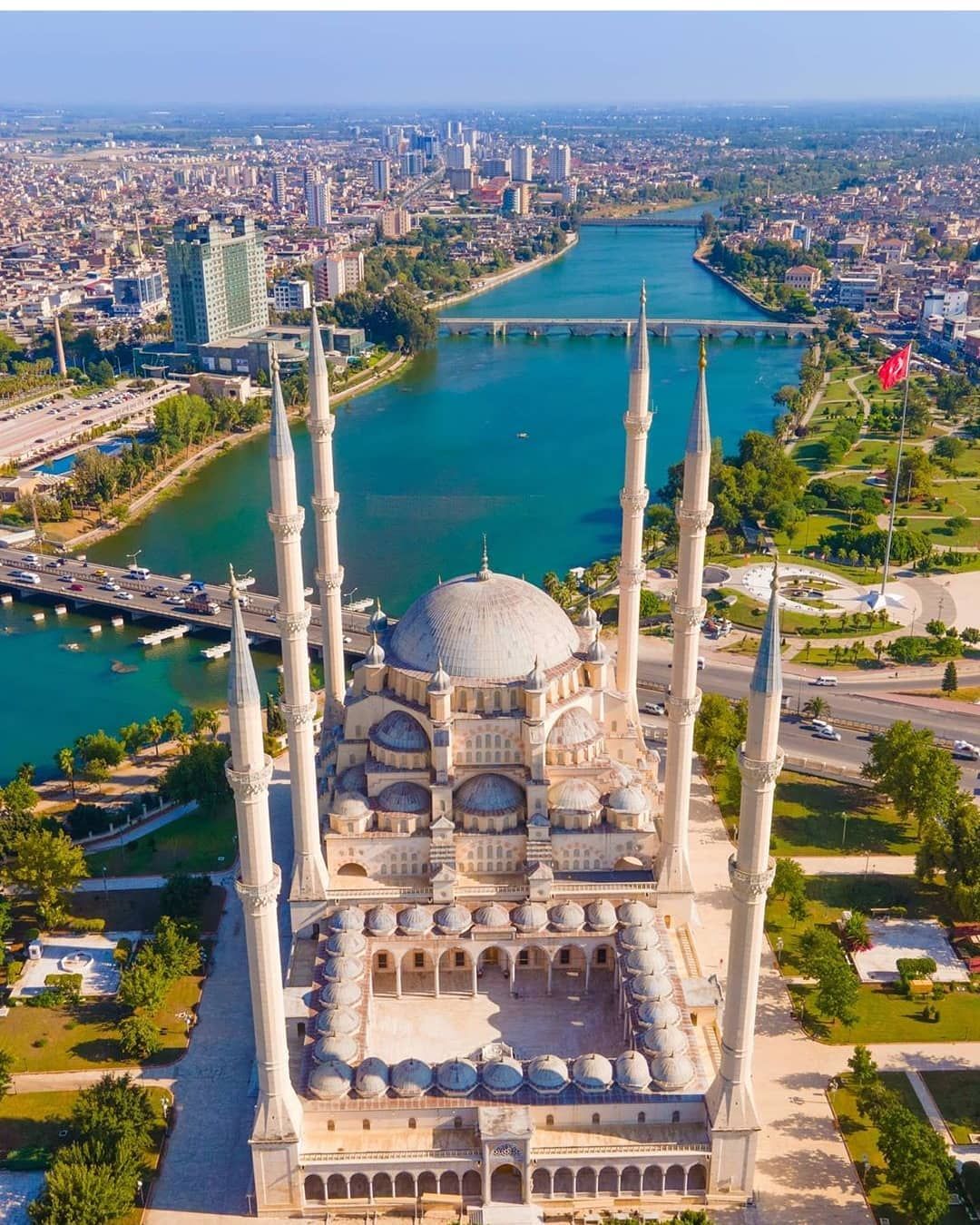 The Sabancı Central Mosque, built in cooperation with the Religious Foundation of Turkey and the Sabancı Foundation, is one of the most visited places in the region. The construction of the mosque, which is owned by the property right Adana Religious Affairs Foundation, started in 1998 and was able to be opened as a result of 10 years of work. This mosque, which has become a symbolic structure of Adana, has a total of 6 minarets and has a height that can be seen from anywhere. 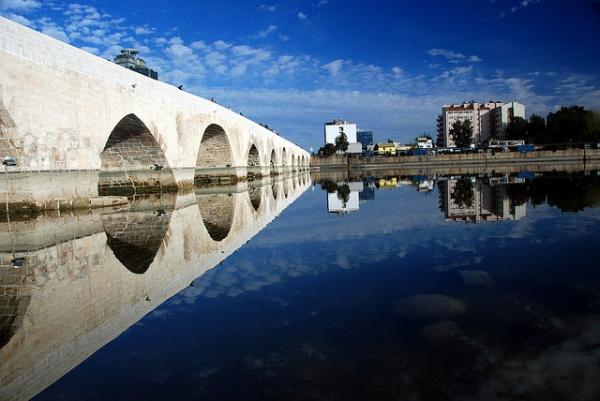 Adana is the 4th of the Stone Bridge, formerly known as the Justinian Bridge, which divides the city in two on the Seyhan River. the information in the official documents that it was built by the architect Auxentios in the XIII century is contained in the inscription in the Adana Museum. The bridge, which has maintained its strength since the first day it was built, is 319 meters long and 13 meters high. it is known that the bridge, which was closed to vehicle traffic after the 2000s, is the oldest bridge used in the world. 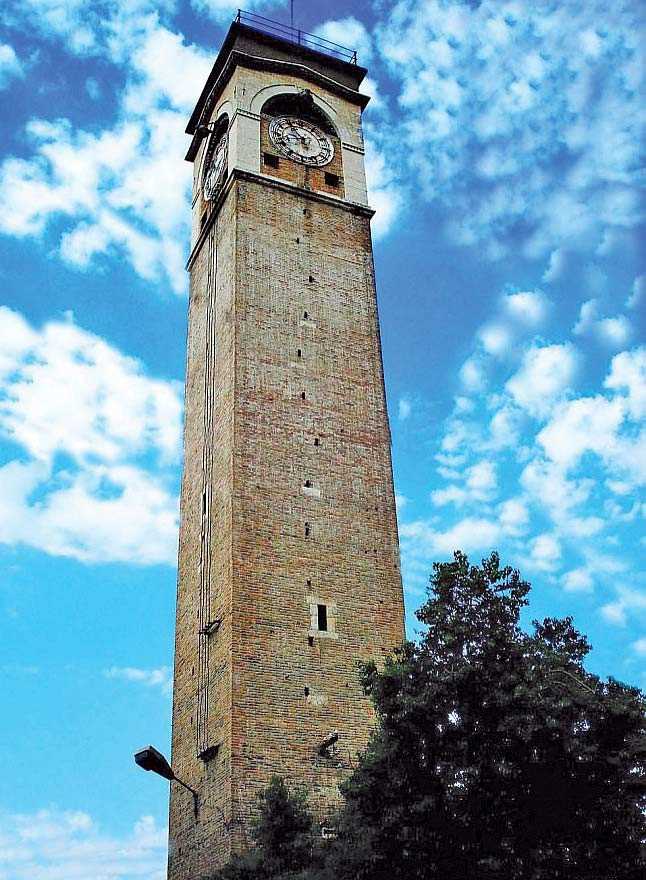 The Clock Tower, made of cut stones, is 32 meters long and was started in 1881 when Ziya Pasha was governor and completed the next year when Abidin Pasha was in office. At the time of its first construction, it was intended to inform the public about the clock by making a sound that could be heard from anywhere at the beginning of each hour. The tower, built on fairly solid foundations, managed to remain intact despite all the destruction in the 1998 Adana earthquake. 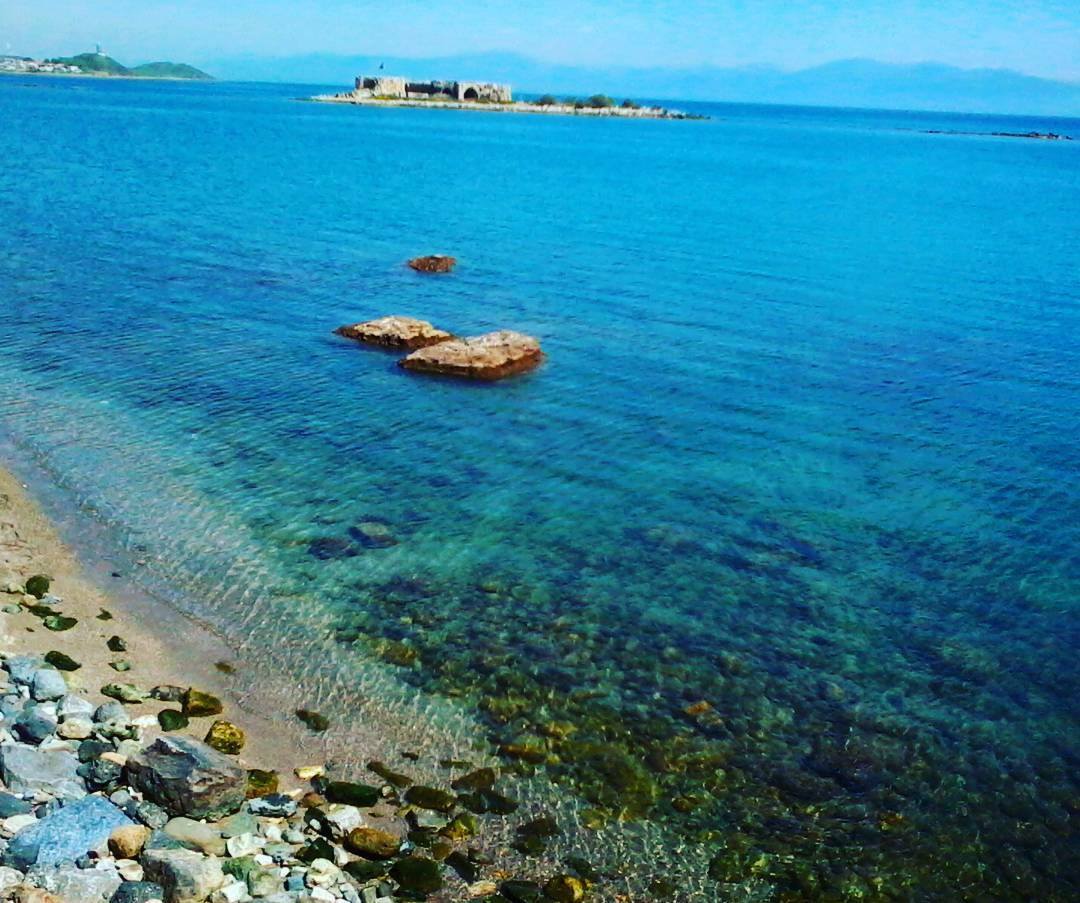 Derived from AIX, which means “goat” in Ancient Greek, and named after Ayas, this charming port city can be both intertwined with nature and see the historical ruins in person. Ayas, also called Yumurtalık, is one of the 2 districts of Adana with a sea coast. Do not forget to visit the ancient city of Ayas, which is a typical Mediterranean coastal city. You should not end your trip to Adana without photographing the Suleiman Tower, which has become a symbol of the Hagia Sophia, where countless civilizations such as the Mamluk, Venice, Genoa reigned in time. 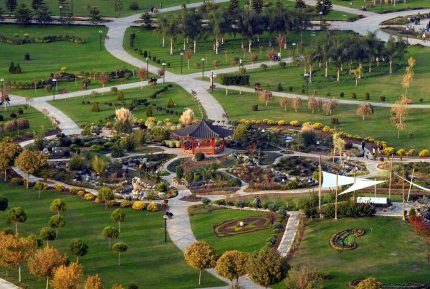 The Central Park, which has the title of the largest park in Turkey, was built by the Adana Metropolitan Municipality in 2004 and is located on both sides of the Seyhan River. Previously, there was a city bus station here, and citrus groves and vacant lots were sweating. Over time, the bus station was moved from here and structures were built around it. the park has an area of 330 thousand square meters and houses more than 400 thousand plants in total, including 40 types of trees and 67 plants.


It includes children's playgrounds, skating rinks, an amphitheater with a capacity of 300 people, jogging, bicycle paths and recreation terraces. In children's playgrounds, including for the disabled, you can find a variety of both physical and mental games. There are 10 different types of physical equipment on the skating rink, along with mini amphitheater and floor chess. It is one of the famous sightseeing spots of Adana as an activity area established with human dec in the middle of the city.


In the Central Park you can enjoy the sun and pleasant conversations all day long. You can spend time intertwined with nature in the grass areas of the Central Park, which also ranks first in the list of city parks around the country. 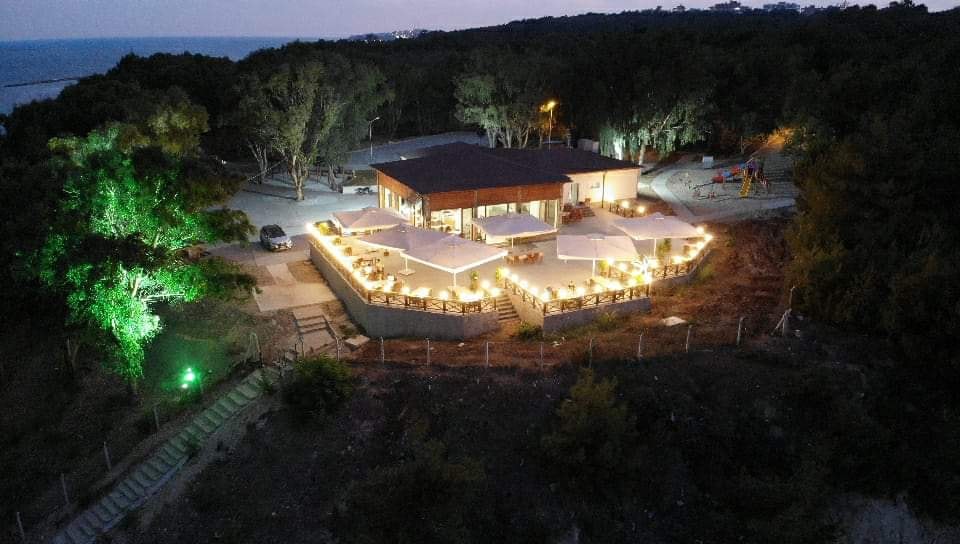 the park, which has a size of 29 hectares, was afforested by the forest organization in 1952 and given to the General Directorate of National Parks and Hunting Wildlife of the Volga as the promenade of Kumluk I and Kumluk II. in 2012, Kumluk I and Kumluk II Promenades were named Kumluk Nature Park. The park, located 45 kilometers from Adana, is quite convenient and convenient for those who like to do caravan and tent camping.


An environment where you can easily spend time with your friends and family. In addition to this, you can swim, take photos, fish and take long nature walks in the park, which is usually used by the public for picnics. In the park; There are places suitable for your needs such as playgrounds for children, restaurants, parking, washbasins, shower areas and changing cabins for children.

The canyon was formed by the formation of tectonic depressions and streams. it has a length of 20 kilometers, and its 7250-meter part has been opened for tourism.Kapıkaya Canyon, located in Karaisalı district, promises its visitors a magnificent natural beauty.


Why should I go? In the canyon, which is often visited by climbers, hiking lovers and photography enthusiasts, you have the opportunity to see an eye-catching nature view. The canyon is connected by a bridge with a height of 16 meters. After passing through this bridge and heading into the canyon, you will encounter more than 200 meters of cliffs. A dazzling waterfall will be welcoming you from here to the top as you go forward, at which point you can enjoy the rest and cruise terraces created for you. 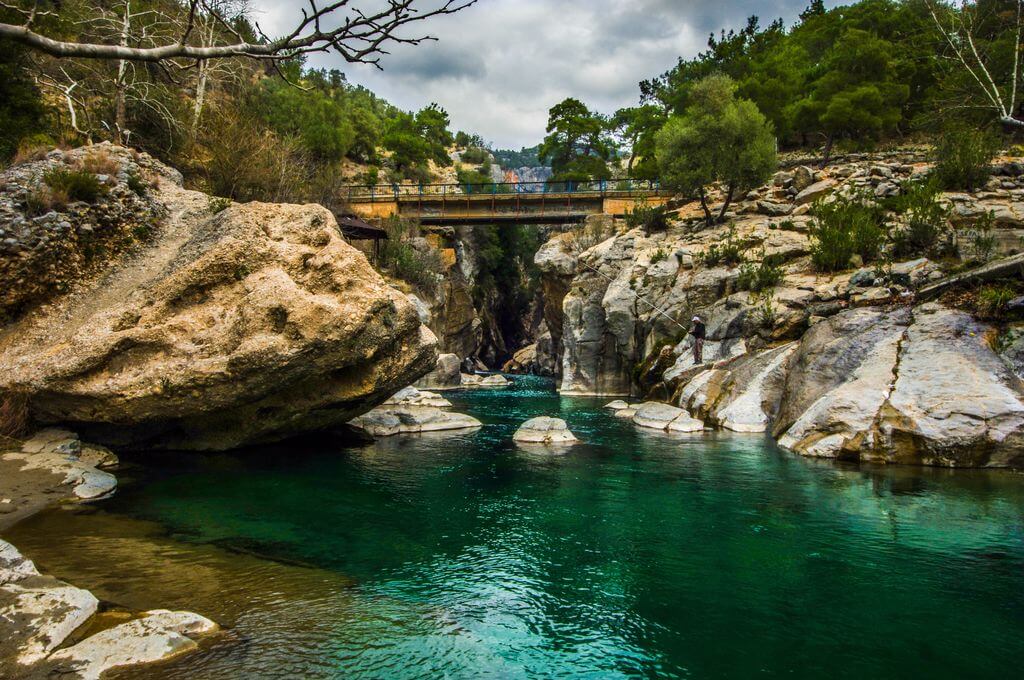 Karaisalı Dokuzoluk Canyon, which is one of the most favorite spots of Decana; The pond located in the valley on the river is often visited by the public especially in the scorching temperatures. There are not many places for a picnic, especially since it is quite busy during the holidays, as it does not have large areas. There are picnic tables, barbecue areas, a mosque, a washbasin and fountains in it. Here you can do activities such as hiking, swimming and fishing.

We use cookies to improve the use of our site. You are agreeing to the use of cookies.